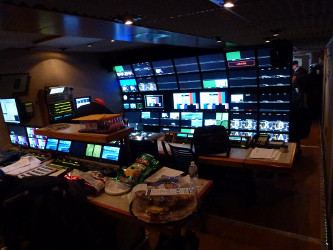 We save your engineers time - and time is money. The TallyEngine GUI gives engineers one place to go for graphical control of video and audio routing, MultiViewer layout selection, UMD source naming, tally logic, and GPIO routing. Tallies and UMD names follow along router crosspoints, so a routable monitor will always have proper tally and source naming. Tallies can also track the router upstream, allowing cameras to have a green tally if they are dialled into a particular destination. 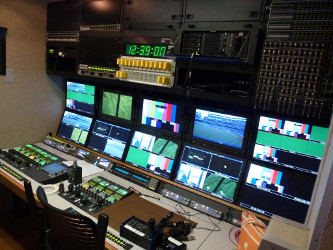 While this level of flexibility is helpful in busy permanent studio settings, it is invaluable in mobile sports production. The ability to load and save router, UMD, MultiViewer, source name, and tally/GPIO configurations means you can now book a set/shoot/strike along your truck's travel route which you would otherwise have had to pass up - that's money in the bank. 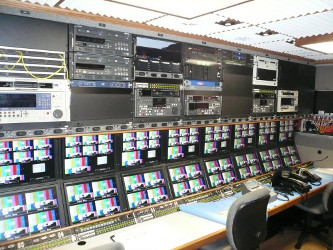 TallyEngine brings the ability to link GPIO-capable broadcast equipment in new ways, giving you the ability to say "Yes" to the client. An intercom key, programmed to trigger a GPO, signals the TallyEngine to key up a radio, providing seamless integration. Switcher GPO can trigger EVS GPI for play, pause, and recue, allowing TDs to build perfect automated transitions feeding from multiple graphics sources. Any GPO source can trigger multiviewer layout changes and take router sources - this allows a single monitor to do dual-duty between showing a quad display of cameras and a scoreboard. Tallies can be generated by any router crosspoint closing or opening - allowing immediate tally indication if program audio or video is not being sent to air. 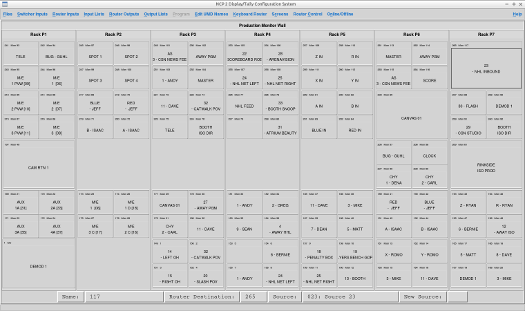 In any broadcast studio, there are functions which tend to be taken for granted, but which cause havoc if they fail to operate properly. On-air tally and monitor source naming are two such systems - if nobody can tell if what signal is on-air, which cameras are live, whether or not the truck is feeding network, then a simple shoot becomes an evening of crisis and frayed nerves. If the technical crew can't be sure that just because a monitor display says "Camera 4", they're really looking at Camera 4, that's when the mistakes and miscues start to pile up.

Sometimes in designing broadcasting systems we encounter problems which have no common off-the-shelf solutions. For those situations, we are happy to work with our customers to create customized hardware and software systems. These can be as simple as a tally output level converter which takes a 5VDC level output and produces relay closures with mating connectors on both sides, or as complex as a 16 by 16 PC-AT Keyboard routing switcher, allowing one-to-one mapping of keyboards to EVS machines. (Later we modified the board to work with either PC-AT or USB 1.1 level signals, both styles are still available.)

We also use conventional industrial controls hardware with custom software for the broadcast studio. One example is the ability to control items from multiple locations easily - this can be accomplished using ethernet-connected touch-screen displays which are readily installed where needed, and are easily programmed for different applications.

Contact TallyEngine with your system interconnection issues - we can work with you to provide a robust, inexpensive solution.

Contact TallyEngine for more information via email at sales@tallyengine.com or phone at 301-859-0500.